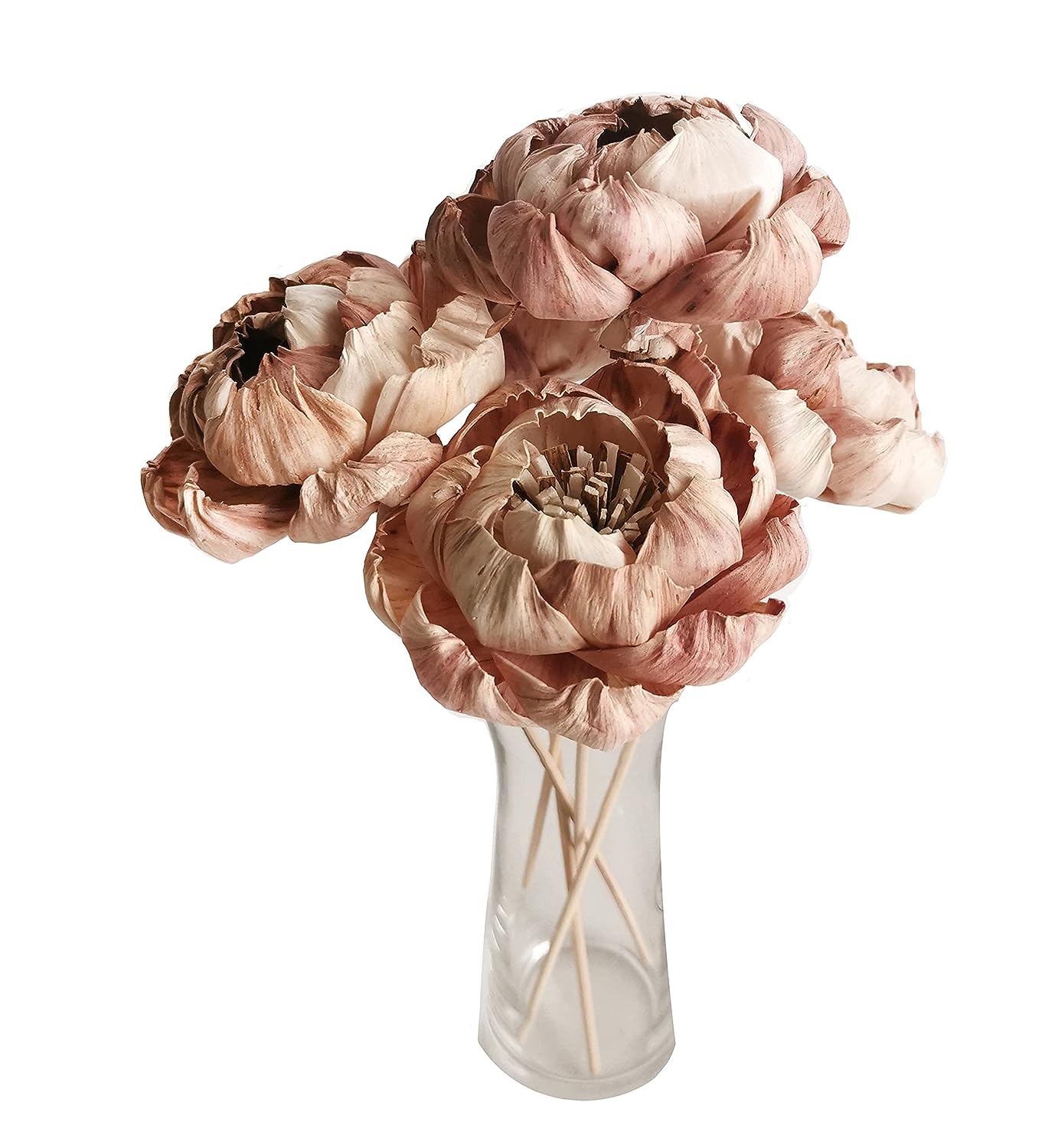 Art of Aromatherapy is the one of Asian signature for a long time. In order to relax from daily tired life to boost energy, brighten mood, help breathing, meditation, air refresh. One of the home therapy treatment is âReed Diffuser Essential Oilâ which is natural, eco friendly and non toxic choice. From the ordinary reed stick we step up by adding home decorative function into the diffuser set in form of âHandmade Wood Flowerâ that is called âSola Flowerâ. Sola flower is made of Sesbania wood (Local plant in Thailand) and arrange them as artificial flower by elder community. The variance designs are inspired from popular Wedding flower, Tropical flower, Wild flower, and good meaning floral. Sola flower has the ability to absorb and diffuse the fragrance by few steps. Attach the flower with the reed stick or rope and soak it into your favorite home fragrance oil. In addition the flower head is also a great choice for DIY handcraft supplies or for flower arrangement with its natural distinctive texture as well.