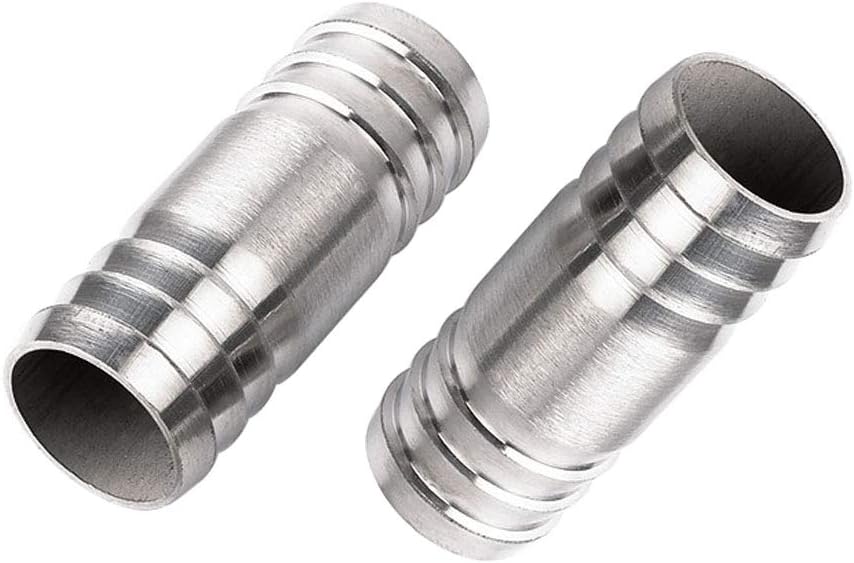 This reducing union coupling is made of 304 stainless steel and connects two hoses with different diameter in a straight run. This coupling has barbed connections on both ends for connecting two hoses. The barbed stems create a tight seal on flexible and semi-rigid hose when used with a hose clamp or crimp sleeve or ferrule (not included). This fitting is made of 304 stainless steel for corrosion resistance, ductility at high temperatures, and low magnetic permeability.

Hose fittings connect, control, change the direction of, and terminate the flow in piping and hose systems. They are made of brass, stainless steel, galvanized steel, and other materials that resist corrosion, pressure, and wear. Hose fittings have various types of connections, including threaded, barbed, push-to-connect, dry disconnect, and others including those based on internationally-accepted specifications. Hose fittings are used in systems such as air compressors, automatic manufacturing operations, aircraft controls, and tire installation in industries including agriculture, mining, road construction, firefighting, and aviation.