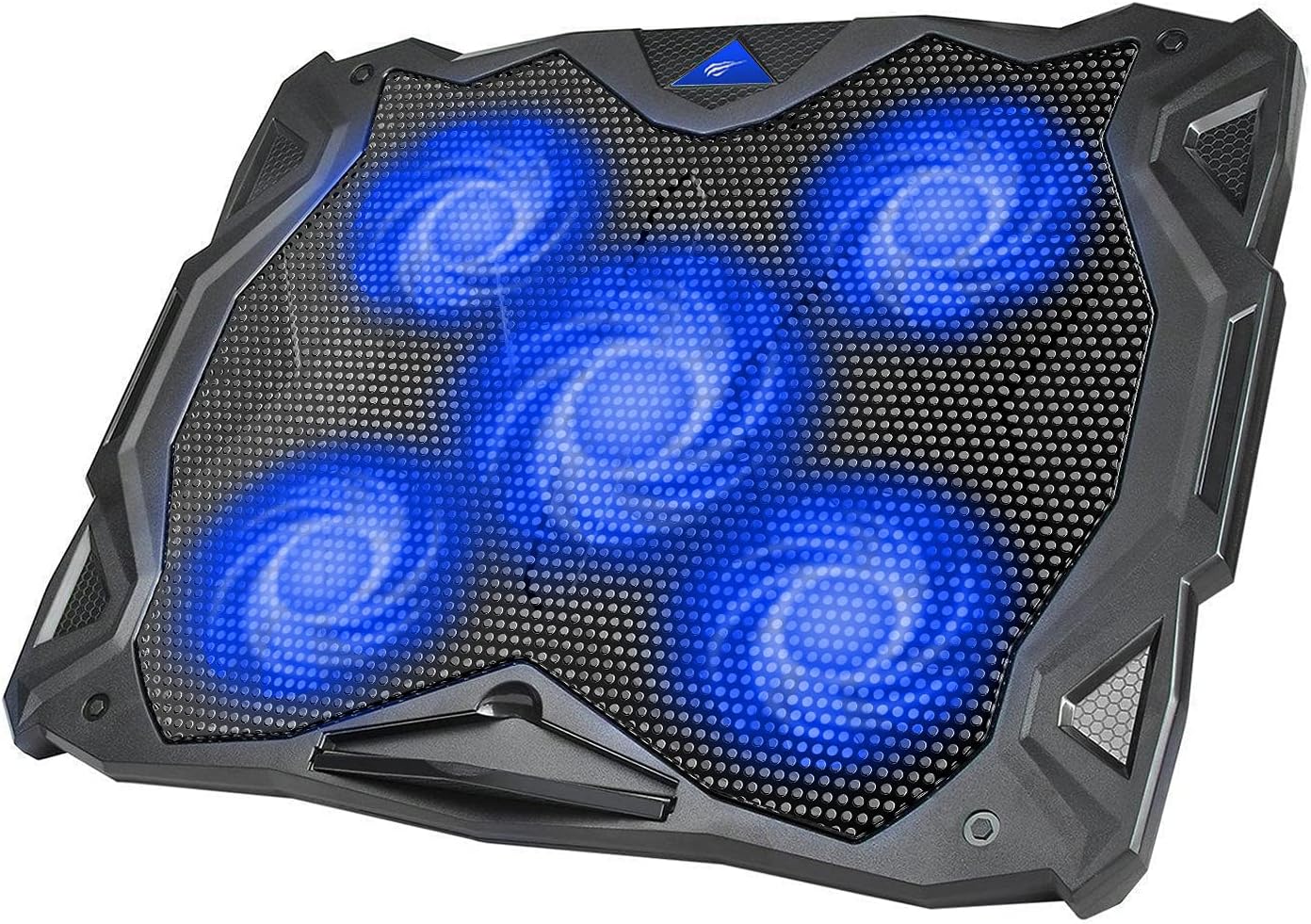 5 Quiet fans create a noise-free amp; interference-free environment for you. Provides total 65 CFM of air flow to draws heat away from your laptop.

Build with a big baffle, effectively prevent laptop slipping off With the help of ergonomic design and adjustable height setting, the HAVIT HV-F2068 laptop cooler provides you with the most relaxing incline angle for all-day viewing.